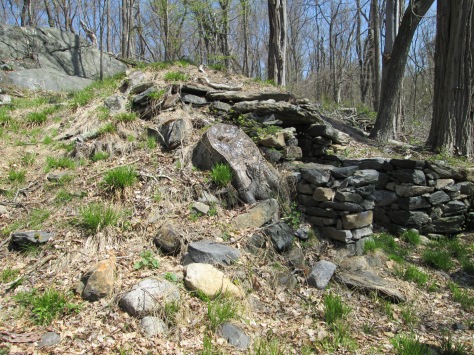 This is on private property so I cannot say where it is other than in the southern part of New York. The owner does not appreciate trespassers.

This sits in his backyard. The front part of the structure has been repaired by the owner but the interior is original. The exterior is deceiving. It is quite large on the inside. There is no evidence it has ever had a door.

Entrance – Interior tall enough for a person to stand.

Tool marks? Graffiti? Or a message? 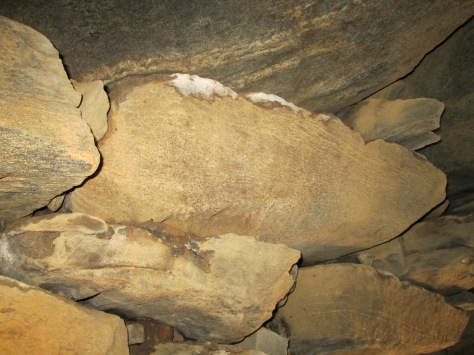 Ceiling and upper walls made of massive stones. 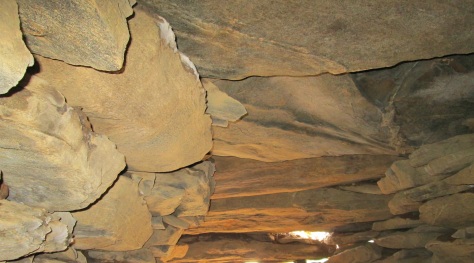 Looking towards the exit. Sunlight enters through the stones.

Is it a time portal? Root cellar? Ice house? Ancient Meditation chamber? Well…. This one sits remarkably close to a very old house in an area where there seems to be a chamber at every old house. Was a stone chamber found by the colonists and they thought it was such a great idea they all had one installed? Time may someday tell.

Someone suggested they might have been for brewing and storing beer. This would explain why they don’t appear on home inventories from the colonial period forward. !!