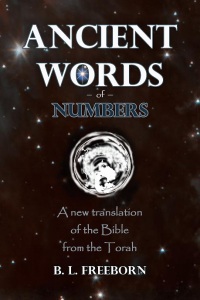 They represent numbers 70, 80 and 90 respectively. The Hebrew Letters are as seen in the image below.

It is suggested the ‘long A’ sound represents the number seventy. This number is of importance when measuring longitude. The distance between each degree is 69.2 miles at the equator. From the pole down it creates a wedge shape which is reflected in both the Latin and Hebrew letter form. Notably in Anglo-Saxon ae meant law, custom.

Consider that it suggests the idea: assigned, custom, law.

The next letter ‘p’ has value 80. We find it used in such common words as point, place, plane and power.

Consider it suggests the idea: power in the small or great.

The next letter provides the sound ‘ts’. It has value 90. Numerically this is an important number. The pole lies at 90 degrees and this is the place where the story of Baal plays out. The comet struck here at the tessarace. (A tessarace is the summit of a tetrahedron or four-sided figure with top and bottom like the Great Pyramid.)

Consider that it suggests the idea: to harm by tossing, teasing, twisting, action that harms.

Before we had these significant ideas: ‘a’ source, ‘b’ to be bisected, ‘g’ action, rotation, ‘d’ a division or state,‘h’ on high, ‘wf’ ongoing, ‘z’ to sever, severeness, ‘ch’ to change, ‘t’ a place of union, linear action, ‘I’ the eye or center, ‘k’ the impact crater and its properties, ‘L’ to lie where it fell, to lay out, to be in a line, ‘m’ more, might, measure of, ‘n’ negation, to reverse in direction yet continue, and ‘s’ continuous state of being, unbroken. Each is represented by a short sound.

Now we have these ideas: ‘A’ assigned, custom law, ‘p’ power in the small or great, and ‘ts’ to harm by tossing, teasing, twisting, action that harms.