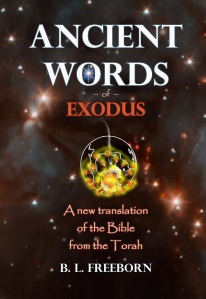 They represent numbers 10, 20 and 30 respectively. The Hebrew Letters are as seen in the image below. Now the numbers count out the tens.

It is suggested the ‘I’ or ‘y’ sound represents the number ten. Each time a number is multiplied by ten it moves one place to the left and a zero or place holder is added to the right if no other digit (1, 2, 3…) is used. Similarly, division by ten moves the number to the right. Essentially, this is the number all the other numbers are centered around.

Consider that it suggests the idea: the eye or center.

The next letter ‘K’ has value 20. It is twice 10. The double is important here. Recall that it has been suggested this language was invented to transmit the ideas of the Baalists. Central to this is the idea that two comets struck the planet simultaneously. That idea is embodied in this number. The Latin K takes the form of the Phoenician letter for ‘ea.’ Turn it on its side and the idea of a sharp object impacting with a surface is depicted. In the Hebrew forms we see perhaps a precipitous cliff and crater.

Consider it suggests the idea: the impact crater and its properties. We find it used in such common words as crater, cave, cause and collide.

The next letter provides the sound ‘L’. It has value 30. Thirty correlates well with the idea of measurement. Thirty feet is 360 inches. The circle is measured in 360 degrees. A double hour of longitude is 30 degrees etc.  All of which suggest the ordering of things. We find it in such common words as to lie, to lay, land and line.

Consider that it suggests the idea: to lie where it fell, to lay out, to be in a line.

Before we had these significant ideas: ‘a’ source, ‘b’ to be bisected, ‘g’ action, rotation, ‘d’ a division or state,‘h’ on high, ‘wf’ ongoing, ‘z’ to sever, severeness, ‘ch’ to change, and ‘t’ a place of union, linear action. Each is represented by a short sound.

Now we have these ideas: ‘I’ the eye or center, ‘k’ the impact crater and its properties, and ‘L’ to lie where it fell, to lay out, to be in a line.