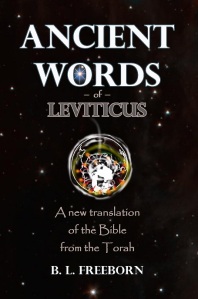 They represent numbers 40, 50 and 60 respectively. The Hebrew Letters are as seen in the image below. Now the Hebrew script shows it has something in common with other alphabets such as Latin, Greek and Cyrillic. The letter order of k, l, m, n is consistent in all of these alphabets.

The ‘m’ sound represents the number forty. Biblically this is an important number. The flood lasted 40 days and nights. Moses wandered in the wilderness for 40 years etc. Consider that a square of sides of 40 has a diameter of 56.56 and this is that all important number that only the initiates could see. It conceals the most important measure. Note that the word measure is two words ma and sure. The first means more and the latter suggests we will be sure of it if we measure.

Consider that it suggests the idea: more, might, measure of.

The next letter ‘n’ has value 50. It too has unique properties. It suggests halves as in 50-50. Its original letter form was a down, up, down stroke similar to the modern form with the up then down. The letter suggests it is something that reverses.

Consider it suggests the idea: negation, to reverse in direction yet continue. We find it used in such common words as no, negate, next and nigh.

The next letter provides the sound ‘s’. It has value 60. Like its counterpart 6, it suggests time. In this case time is measured in increments of 60 seconds and minutes. The form of the Hebrew letter is a circle and circles suggest ongoing cycles.

Consider that it suggests the idea: continuous state of being, unbroken.

Before we had these significant ideas: ‘a’ source, ‘b’ to be bisected, ‘g’ action, rotation, ‘d’ a division or state,‘h’ on high, ‘wf’ ongoing, ‘z’ to sever, severeness, ‘ch’ to change, ‘t’ a place of union, linear action, ‘I’ the eye or center, ‘k’ the impact crater and its properties, and ‘L’ to lie where it fell, to lay out, to be in a line. Each is represented by a short sound.

Now we have these ideas: ‘m’ more, might, measure of, ‘n’ negation, to reverse in direction yet continue, and ‘s’ continuous state of being, unbroken.